Following is one example of how I think “noncommercial”, while seemingly a restriction, if broadly used has the power to grow the commons.

If medical funders were to require that the published results of the work that they fund be made available for re-use in derivatives works, for example through the CC Attribution-only, Attribution-Sharealike, or Attribution-Noncommercial-Sharealike license, then derivative works could be made from large sets of medical research articles. Examples of derivatives could include value-added products designed to facilitate further research, or point-of-care tools for physicians. The problem with Attribution-only in this situation is that the value-added tools could be sold in locked-down, commercial versions. The authors, medical research funders, and those for whom the research is funded, for example the tax-paying public, might not be able to afford to purchase the value-added versions. For example, if a medical research funding organization funded research in the developing world, with CC-BY value-added tools could be created that would for practical reasons be exclusively available to the wealthy in the developed world. The sharealike provision would make sure that such products were available to all. However, if all, or a substantial portion, of these research results were available only on a noncommercial basis, this would mean that developing value-added tools would have to be done on a noncommercial basis. This step would tend to help to bring medicine from the sphere of private gain into the realm of the public good. I would argue that the society of the commons of the future that is worth striving for features a strong public health care system, and that “noncommercial” results of scholarly research therefore help to build a stronger commons.  Added Dec. 26: Casey Bergman’s explanation of why he left Faculty 1000 is an illustration of this issue – a toll access service built on top of open access journals. 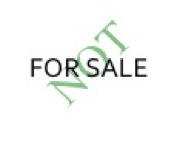 This is a part of what I tend to mean when I use the term noncommercial, or by using the “not for sale” picture that I generally use as my Facebook picture. It would be more accurate to say that what I usually mean by noncommercial is something like “this work is not for the commercial sphere, but in the event that I need money, I wish to reserve commercial rights for myself”. That is the reason why The Imaginary Journal of Poetic Economics is licensed as noncommercial.

Research would be needed to understand what exactly people think that a commons is, might or should be. This is not as simple as conducting a survey, from my perspective, because first of all we need to think this through.  That’s why I recommend Articulating the Commons.